Seers Of The Lake 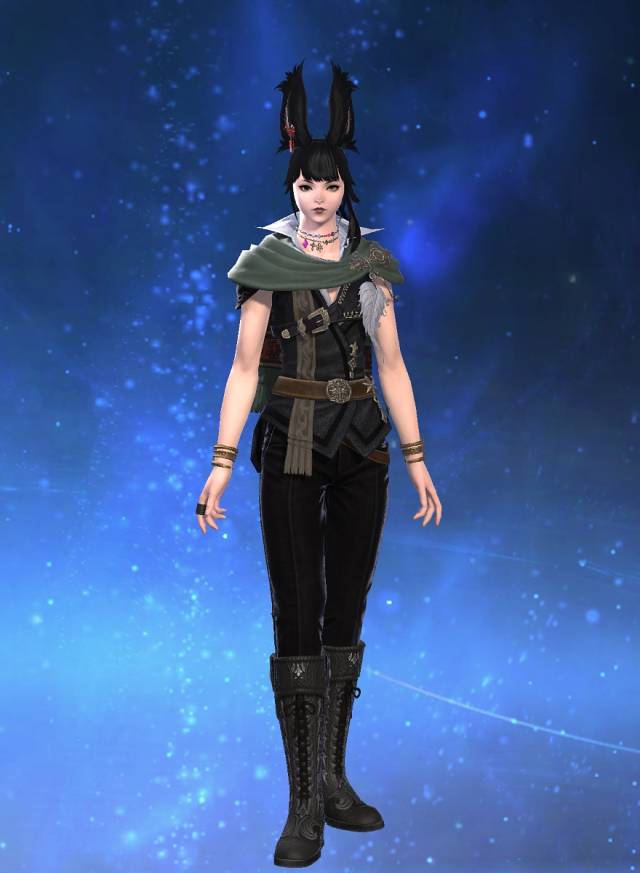 Nickname/Alias : Captain to her former crewmates, Sarah to everyone else.

Notable feature : The main physical feature anyone might notice about her are her bi-colored eyes. Not a case of heterochromia as she used to have both of them in a clear shade of teal. Her left eye is white and blinded by a near fatal blow during a run-in with invaders at Rhalgr’s Reach.

Sarah is oftentimes warm and inviting to most people she encounters, a day-and-night difference as to who she was when she used to sail the seas of Eorzea. Shaped by her travels and adventures, she’s grown wise enough to not fully trust someone until their true colors are revealed. Though she may appear teasing and provocative, it is only from her confidence as a woman who carries herself well and anyone who transgresses her personal space might just have a reminder to not try a second time once she says ‘no’. She has a cheerful and lively disposition to her when things are going smoothly.

The sea was once her home, and Sarah Fortune felt free and alive beneath the strong sails of Queen Abigail, the ship named after her mother who was the first pirate and mentor to show her the ropes. Having lost both her parents to a coldblooded killer, she became a bounty hunter whilst exploring the world around her and eventually found vengeance a couple years later in the form of a bullet between the murderer’s eyes. She was accompanied by a crew of six men and two women, and all was merry until a great storm flung Queen Abigail into the depths.
She was saved by a fisherman on his boat and eventually brought to Limsa Lominsa where she could start her life over again. Since then, she’s always considered herself to be Lominsan. She reunited with two of her old crewmates Rafen and Hau, all three having gone their separate ways but still meeting up at the Drowning Wench for old time’s sake.

During her travels, she eventually met Adelas Blackmourne who then became her mentor in combat. It was love at first sight that neither of them admitted, but she had already set her eyes on the Au Ra, and during their first few months in Ishgard, they confessed to one another. It would be on the same spot later on after the conclusion of the Dragonsong War that Adelas proposed to her, stealing both heart and her last name into becoming Sarah Blackmourne. They became an inseparable duo, and after years of trials and tribulations across the Source and the First, they decided to settle down in the Lavender Beds with their two children Sophia and Nakaari.

The Blackmournes own a souvenir shop and tea parlor in the Lavender Beds called 'By the Riverbend'.