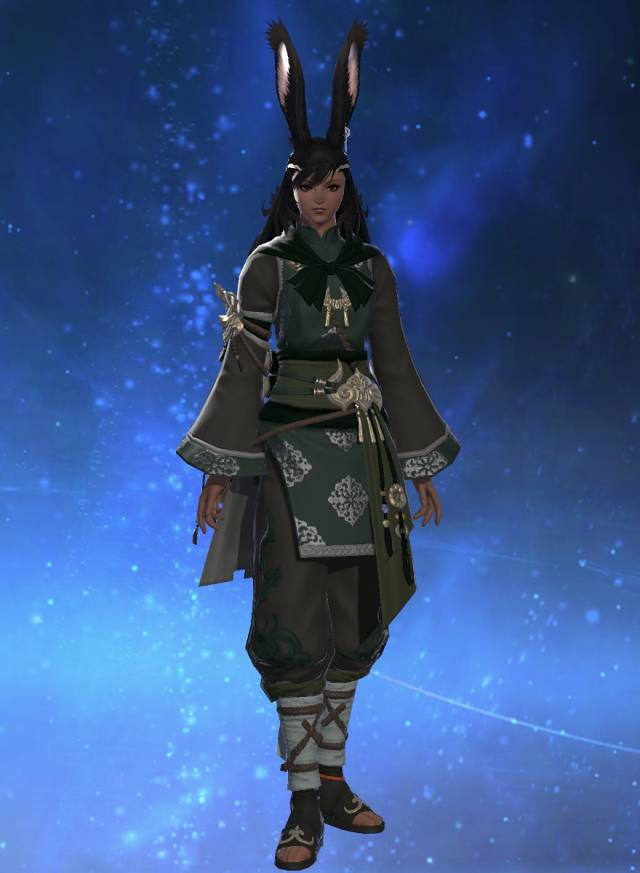 Affiliation: The Students of Baldesion

Freyja was born mute. Spending her entire life in silence, she was not able to truly connect with the other viera of her village. Freyja felt out of place and alone. At a very young age she chose to forfeit her home in pursuit of a place where she wouldn't feel so segregated by her lack of speech. She was a precocious and very intelligent child, eager to soak in as much information and knowledge as she was able to. Her journey brought her into contact with a group of Sharlayan scholars. The scholars were fascinated by the rarity of such a young viera in modern society. From them, she learned sign language and was finally capable of communicating with others. In her days spent with the scholars, Freyja quickly developed a passion in the studies of Sharlayan astrology. In time, they invited Freyja to join them on the Isle of Val where she became a member of the Students of Baldesion.

In her late adolescence Freyja came to Eorzea to continue her studies at the Sharlayan colony in Dravania. There, she also took a keen liking to fencing and exotic dancing in her leisure. It seemed Freyja had finally found her place in the world...until Garlemald arrived. When the Garlean Empire invaded Eorzea the colony was forced to evacuate. Sadly Freyja, and a few of her fellow scholars, were deep in their research away from the Hinterlands and were unable to flee with the rest of the colony.

Freyja and her friends pressed on at the remnants of the colony for a time. When supplies ran short, they attempted to reach out to the denizens of Ishgard, but their education in Sharlayan sciences branded them heretics, and were met with swift judgement. The scholars were executed, yet Freyja successfully escaped. She then went into hiding deep in Dravania, There, she spent the following years in solitude with naught but her tomes for company.

Freyja grew weary and distrustful of people after witnessing the cruelty Ishgard brought upon her companions. She would not make contact with the outside world again, until the day she happened upon a wounded bounty hunter; another viera by the name of Astraea...