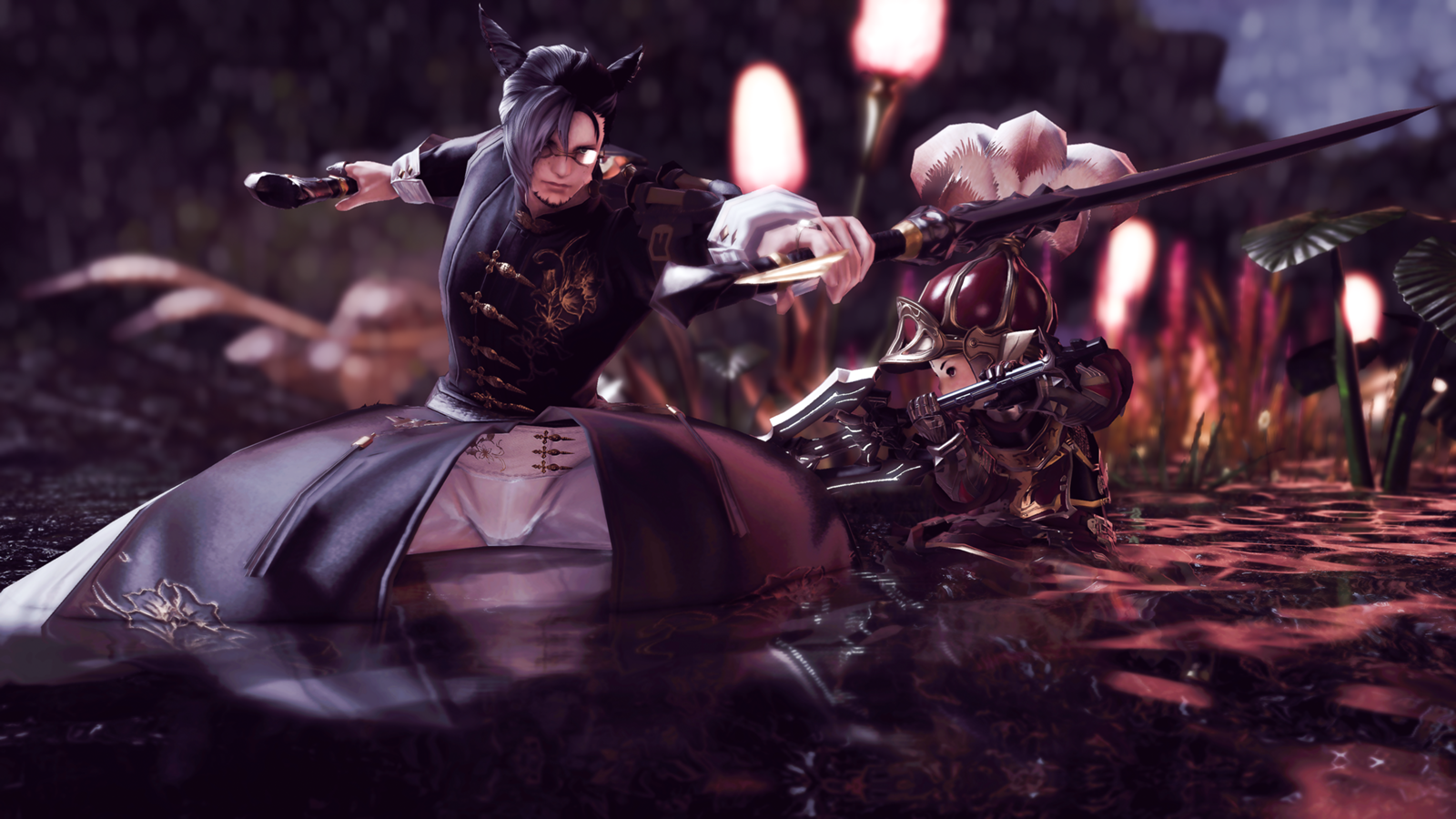 An active and primarily roleplay-focused rank 30 FC with active players. We run multiple events per week covering social, role-played PVP, and adventure-based themes. Living under a moral compass, which promotes respect and understanding. Our focus is on the aspect of family, and we treat each other as such.

The original family, refugees from an oppressive Lord, set out to speak for those unable. Granting succor to those in need, the family raises its collective voice and swords against those who would use their position of strength to hold down those less fortunate.

We are happily LGBTQ+, and a safe haven. Each has an equal right to enjoy our world and our differences should be cherished.

We are an 18+ centered FC, in that language, drinking, etc, are common themes. ERP is not officially sanctioned by the FC. While players are free to choose on their own, such activities must be between consenting players and behind closed doors.

We are looking to start a raid night for Savage and EX content, and roulettes are run together often.
High-level players are available for cutting-edge content, and to help the new players along as well.

Our discord is friendly and active and operates under the compass as well.

Want more, or looking to join?

Reach out, we welcome others at our events and are always willing to chat.
The linked carrd had a button to email, leave a note here, or reach out to Ashemmi Yarkul in game.

This is a wonderful family. Very caring and loving. I never thought I would find a home like this on this game. You will be welcome in open arms and hearts here!

Hello! I was wondering what is the general time zone for this free company? I'm a bit curious about the listed times and was wondering if it would be JP/AU/NZ friendly time zone wise.

Hi, Ezra! We are primarily NA with the bulk of players either EST or PST. There have been ~10 people on during what would be your evening, the bulk would be on during your day. What time do you find yourself playing?

Hello thanks for the reply! On the Weekdays I would probably be on after 4:00 PM JST, but on the Weekends it can be as early in the mornings here.

Let's chat, you can find me on Discord for a more real-time conversation.