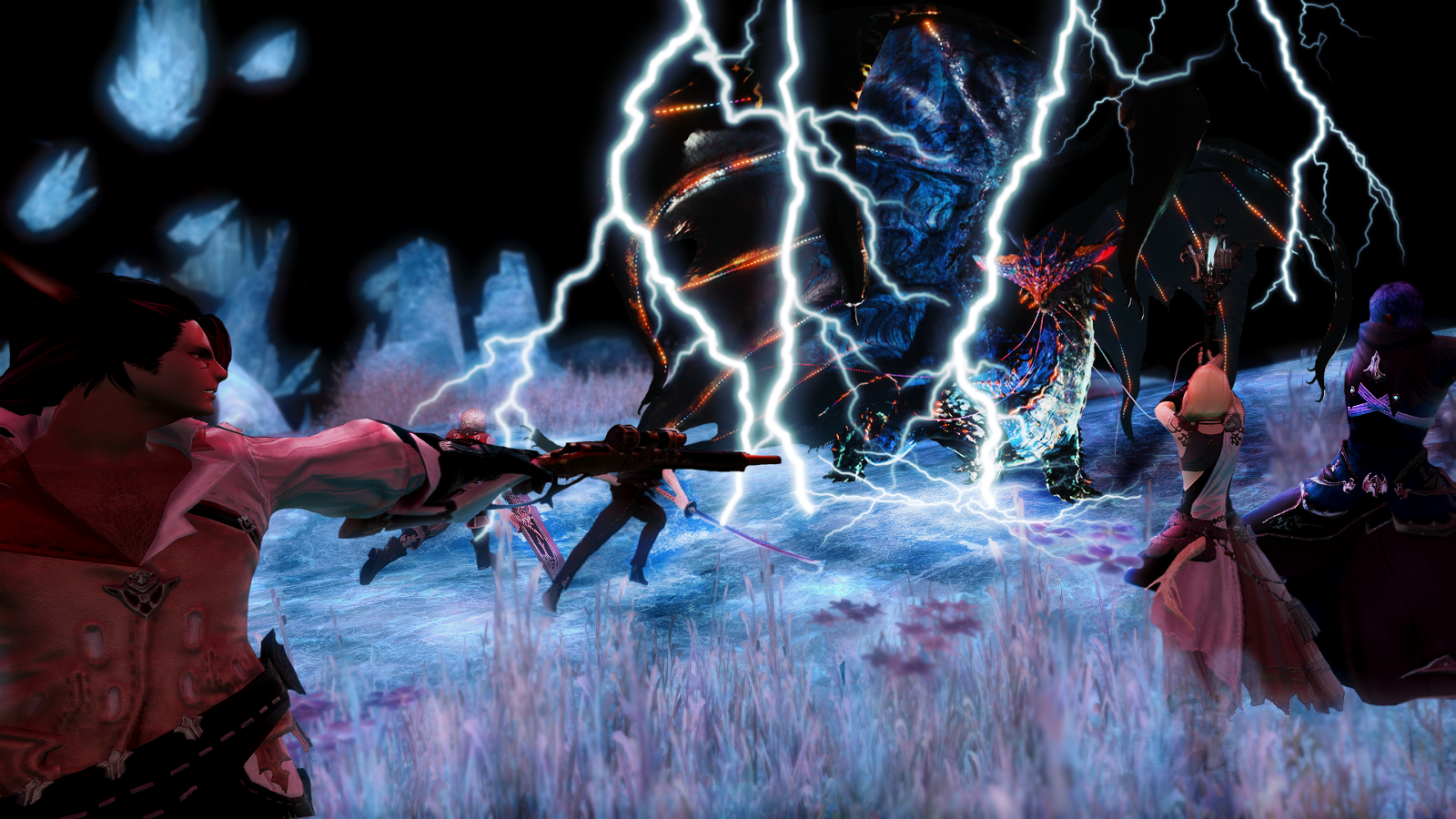 COMET of Mateus -- 5 years running!
Bored of your current FC, or looking for one? COMET is literally the original "if you sits, you fits" Free Company of Mateus. We cover casual social stuff, roleplaying of the relaxing and adventurous types, and PvE content all in one package. We're a 21+ (with some exceptions) group of folks who just want to have adventures with people! No muss. No fuss. Just good vibes and chill.

Here's our Website! You can find everything you need here!

What We Offer:
• PvE & RP events every week (almost every day!)
• Adventures & stuff
• Monster Hunter events (We built our own system from scratch!)
• Midcore & High-End Raiding
• Slice-of-Life RP
• FC Mansion, with benefits!
• FC Rooms tailored for immersion
• Character & story brainstorming aid
• A bunch of lore nerds
• Event hosting aid
• Newbie RP/PVE coaching
• Duty companionship during leveling
• Crafting of every type: just bring the mats
• The usual sorts of FC buffs
• D&D 5e-style RPing: /random won't f you all the time - Our very own custom RP system that we built from the ground up -- the first of its kind!
• We won't yeet you if you sh*tpost
• A low/no bullsh*t social core
• No Cliques, only friends!


Roleplaying:
We've got our own custom D&D style RP system, complete with 55 unique Jobs (and a ton of combinations) that are sure to fit literally any kind of playstyle your character might have! We're focused on lore-friendly roleplay out of respect to the Development Team of FFXIV, and have events--levequests--hosted by not just staff, but regular members!
With COMET's system, nearly any kind of character can fit in with just a little bit of effort--good, bad, warrior, poet, illiterate or well-read, basically anybody can be placed somewhere in our ranks. We focus on adventure-style storylines that are fun and fair, swapping between casual slice-of-life and tales of daring do!

In-Character the Collector's Organization of Magitechnical and Esoteric Treasures has their employees--the Seekers--seeking progress in their fields of choice...filling up the massive horde of knowledge that Eorzea may one day use to better themselves. Everything from Archaeology to Zoology, and everything in-between is fair game and considered useful to COMET and its members...though sometimes information can't be obtained through clean means, and more often than not the Seekers must resort to less conventional means of acquiring it! It's not unheard of to rob graves, plunder tombs, and straight-up steal things--nor is it entirely out of the picture to perform more questionable experiments for the sake of research.

General Conduct:
Honestly we're pretty chill. All of us realize that this is a game, and we're all here to enjoy ourselves alongside one another. When things happen, people just let folks know "Hey I won't be here for X amount of time" and it's all good. The FC really isn't going anywhere, and life is more important! At the bare minimum, we only ever ask for at least two hours of your time a month--that's about as much time as it takes to do one event with people! After all, there's no point in joining a Free Company if you're not spending time with the people in it, right?

If you're not going to be here, just let someone know! We'll put you on vacation mode, and only ask you to check in once every 3 months. We do clean up inactive members at the end of every month, so our numbers truly reflect how active we are. COMET focuses on a happy medium size--not so big that people get lost, but not so small that things appear dead. A lot of our members have been here and active for years!

There's rarely issues between people, and when there are, we handle things like adults. We kid around with one another and take jabs, but folks also know it's important to be considerate of other's feelings, and we all do our best to accommodate people as much as we can.
Our philosophy on LGBTQAI+ players is simple-- don't be an arse. Everybody deserves to be treated respectfully, regardless of their affiliations: many of our members are part of many various groups and backgrounds! People are people, so don't be a d*ck.

I started this community five years ago, I sure HOPE I have expressed interest in it, lol.
All jokes aside though, COMET's a place to be if you want a mix of lore-friendly roleplay and mid to high end content. We're chill as all hell, cracking jokes and shitposts, but are respectful to one another. We don't believe in cliques, stomp out drama when it starts, and try our best to make everybody feel included. (Though it's a two way street--you do have to put in effort.)

We made our own customized RP system that we update alongside the game itself -- the first ever on Mateus. Yes, really! It's fully and delicately balanced so everybody can have a good time, no matter how new to the game you are. It's so popular a bunch of people jumped on the bandwagon along with us!
Come into our discord, or ask some questions here.

So a question. As lore lovers, how open to characters who push the lore a bit without trying to fully break the lore is the community?

We wouldn't be against it. It's all a matter of degree.

Hey peeps, just got one question, my friends (group of 4) and I are looking to join an FC to do mostly pve content (mid-highend stuff), but we are not that into RP, so wondering is its a good fit?, we are from Chile but we all speak and write English.

You can leave us an application on our website! We'd be happy to have you.

Greetings! I have a friend and myself who are interested in joining perhaps, but the discord link is broken and I’m not sure who to get in contact with in game. How should we reach out to you? Thank you!

You can try the link now, or contact us in the following manner: [Link removed]

ello! Your FC sounds great, I'd love to join

Hi. Looking forward to April. I was wondering if you would be accepting a few people at that time? My RP partner and I are looking for a FC together. Thanks.

How would I go about applying? ^^