Hello, Warriors of Light. This is Producer and Director Yoshi-P, and I’d like to wish everyone a Happy New Year!

While there was no expansion released in 2018, it was an incredibly busy year for me, spent traveling from one event to the next and meeting players from around the globe. Sound Director Soken and I were able to realize our goal of holding Eorzean Symphony concerts overseas, which is one of many things I never imagined I would be a part of when I took the helm of FFXIV eight years ago. The project has grown so much since then, and this year has made me extremely grateful that the team’s hard work has brought us this far. Of course, this was all made possible by the incredible support from the players, who remain as passionate as ever, if not more so, as years come and go. As always, you have my sincerest thanks.

I hope that you’re all enjoying your New Year holiday, and don’t forget, Patch 4.5─A Requiem for Heroes is coming on January 8! This will be the last major update until the next expansion, and the development and operations teams are racing to have everything ready in time. It’s become something of trend for the final patch of each cycle to be especially grand in scale, and this one’s no different. We have updates scheduled all the way until Patch 4.58, with a wide range of new content planned for release. Please look forward to it!

As announced at the North American Fan Festival, our next expansion Shadowbringers is coming this summer. Now hailed as a hero throughout Hydaelyn, what awaits the Warrior of Light? What possible reason could there be for becoming the Warrior of Darkness? As luck would have it, a mysterious passage has found its way to my desk. 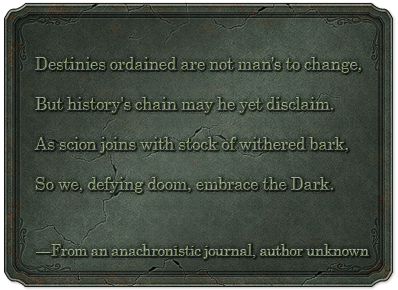 Another excerpt from an anachronistic journal? At first glance, it seems to make little sense, but I have a feeling that it’s the key to some greater mystery...
We’ll have to keep guessing over the coming months, but the European and Japanese fan festivals, along with the two halves of Patch 4.5 will no doubt foreshadow the tales yet to be told. Keep the passage above in mind and see what you can uncover throughout the many events leading up to Shadowbringers.

If we include the original FFXIV, the title is now entering its ninth year, and I feel that everyone is coming together to make it the best it’s ever been in terms of the story, gameplay, and features. On behalf of the development and operations teams, I’d like to express our heartfelt thanks to you, the players. We hope you’ll join us for more adventures in the new year! 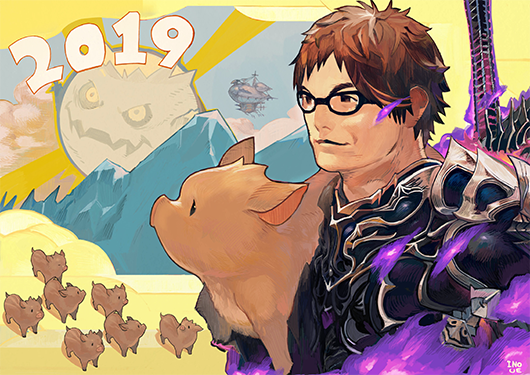