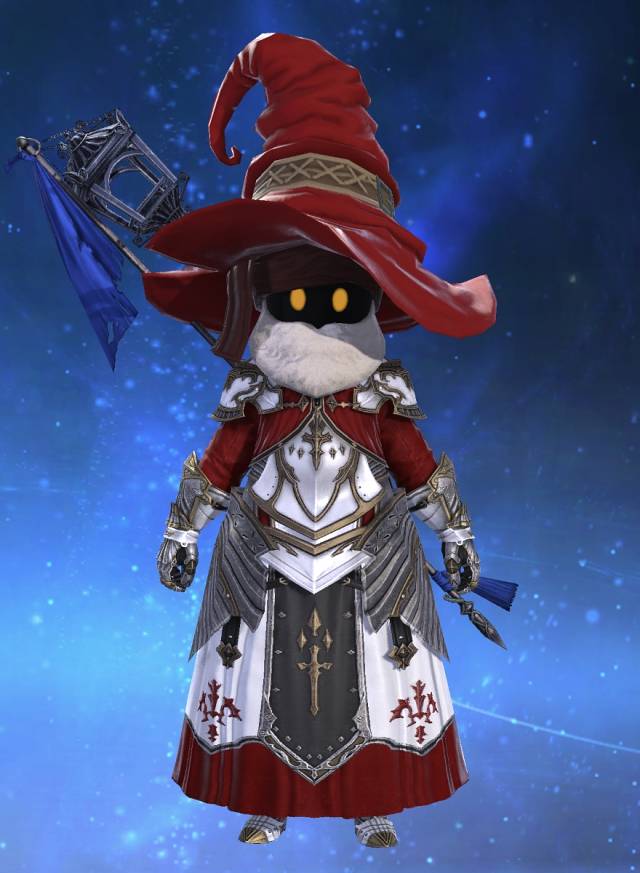 Greetings, Eorzians! Stina Bina is a female Dunesfolk Lalafell Thaumaturge from Ul'dah. She also goes by the name Chibi Roegadyn.

Her Companion Chocobo's name is Noes and his plumage is Meadow Green, and loves Mimmet Gourds.

Stina is a specialist Goldsmith, Weaver, and Alchemist, but holds the post of the Free Company's Culinarian.

Stina is ill-tempered due to her "Napoleon Complex", and perpetually disgruntled mainly because she truly believes she is a Roegadyen, yet, no one believes her.

Stina dislikes other Lalafell and thinks they are 'greedy' -- another reason she feels misidentified, though she is kinda greedy herself, but won't ever admit to it. Stina is very giving, however.

Stina also dislikes other Black Mages because "they always rolls on her loots!" that she feels she is most entitled to. She's a bit of a drama queen and over exaggerates simple situations at times.

Stina hates being pet. She's not a minion!

Stina has all Roegadyen retainers and manservants because she feels they are the most trustworthy, and likes seeing "her people" around since the Roegadyn people are so scarce anyway.

Stina always feels like she is surrounded by Au'Ras.

Stina loves fishing, and chocobos. She is particularly fond of Hatching Tide season. She hopes to be a Chocobo Breeder one day.